Milan Fashion Week
.. for now is over, and this is the final summary:

Also congratulations for one of our newcomers Daga Ziober for starting career on Prada, Versace and Jil Sander! Could it be something better? Here she is: 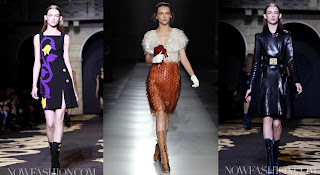 London Fashion Week is over.

London wasn't as spectacular as New York, atleast in my opinion. But today Milan started! Anyway, instead of posting another showcards, I will paste some shots from LFW F/W.

And another newcomer Ola Ziemińska 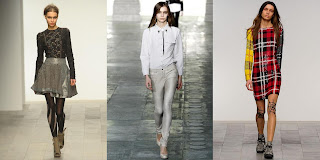 See You in Milan!

While waiting for the small report from London, I would like to write a word for potential models about currently lasting or soon starting contests or open castings  to leading Polish agencies.

This one is hosted by New Age Models and the winner will get the contract with the agency and portfolio shooting by Red Shoes agency.


JOYSTARSYSTEM is organising an open casting in Białystok. 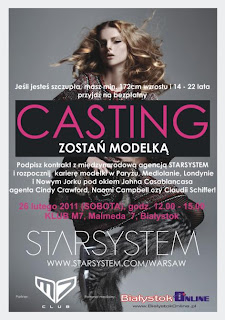 AVANT Models another edition of Avant Models Search, You can send the application by agency website (CASTING) or arrive for one of castings organised in some cities, eventho dates are not set yet.

There is still no info about 2011 editions of HOOK Fashion look, and Elite Model Look..


I will inform You about any new events.
Autor: poland-in-fashion o 22:17 Brak komentarzy:

Once again we are introducing Polish models which will be getting the Fashion Week, this time in London.


And from the MALE team:


Still missing IMG showcards and some other agencies.. we will keep You updated!

The Icons I - Anja Rubik

I know that each of us has it own sentence to the topic of  "icons".
The first thought is most often the Madonna, Audrey Hepburn or Marilyn Monroe.
We can talk about icons of the acting, icons of the fashion, icons of the style.
If to consider the one „title” in the category of Polish models, I think that many of you think first, Anja Rubik! And that's about Her I would like to write a few words. 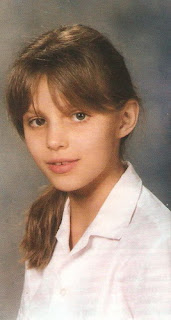 Anja as a child.

She started her career at the age of 15  right after in 2000 she took part in the local competition, and departed from it richer for the contract with a Paris modelling agency.
A few years later moved to New York where she started to do really major things.
Anja is currently 4th in the world ranking Top 50 Models
and 18th in the ranking of the best-paid models in the world. 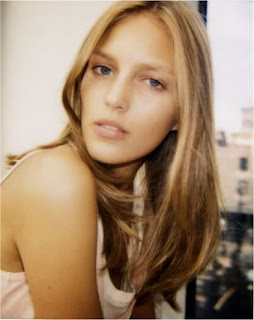 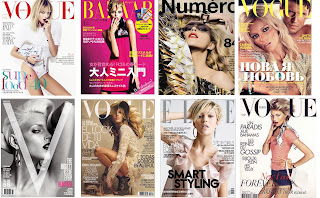 For years, she is the queen of the world's catwalks during Fashion Weeks.

Is she beautiful? Do you even though she is pretty?
For many, yes, not for others, the taste is apparently not discussed.
One certainly it isn't possible to refuse her. Her face is so outstanding, recognizable in every make-up, in every style, at every show.
And so a real Top model should be charismatic, has thousands of faces, millions of glances.
Anja is also known as a person who is the evidence that the model is not only the body, not just the face. Proud of the fact that she found herself in this world becouse of personality.
Work with her it is simply pleasure – these are words of many great photographers and designers.

If we already have a "Top Model" theme, in late 2010 Anja with her mother agency (Division)
hosted the first Polish edition of "Next Top Model" - the famous American show.

Currently our star is in Australia with her fiancé Sasha Knezevic (congratulations!),
where she is spending her holidays after working on advertising materials for the Apart company,
for which she is an ambassadress from 2010.

It is possible to see the short movie in which she is relating their stay on :
Anja Rubik in Australia - Video

poland-in-fashion
Hi everyone. Im just another fashion lover, who wants to host an interesting blog, about polish market, polish models, designers, shows and everything what belongs to the fashion world. I will keep writing english, since one of the point of this site, is showing to another nationalities, that we actually have a fashion market aswell. Hope You will enjoy it.

Feel free to contact me (polandinfashion@gmail.com) with any sugestions or if You have any news to share.

I also encourage you to send e-mails, where you can present your streetstyle. Please attach some short information (age, name, city etc.) Greetings!